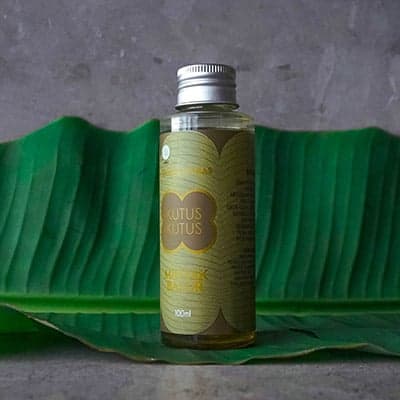 Get to know more about Kutus Kutus oil and its ingredients. Made from 69 different herbs placed in a bottle to help you in your healing process. In this three-part series, we will discuss with you what makes Kutus Kutus oil unique, focusing on three of the ingredients Cajeput, Lawang, and Black seed oil.

Black seed oil is one of the highly recommended seed oils for health, beauty, and cooking purposes and with good reason. Black seed oil contains thymoquinone, a phytochemical compound which has antioxidant, and anti-inflammatory properties. Countless published studies also prove the effectiveness of black seed oil in curing different conditions making it the new ‘organic miracle’ in the wellness industry. Today, black seed oil can be found in shampoos, skin-care products, and massage oils which is also one of the key ingredients in Kutus Kutus oil. They’re also a popular food ingredient for making beverages, pastries, and spices.

Extracted from an annual flowering plant (Nigella Sativa) in the family Ranunculaceae. The plant grows to 20-30 cm and has flowers in the colours of pale blue and white. Its black coloured seeds have an angular and funnel-shape with the length ranging from 0.2 cm to 0.1 cm wide. It is native to southwest Asia. It is also a popular cooking ingredient. Black seeds were also popular as a spice for salads, pastries, and dairy products. It was also used as an aroma, stimulant, and appetizer.

A Brief History on the Medical Benefits of Black Seed Oil

Known for its tiny, black, crescent-shaped seeds, Black seed oil has been used historically for various ailments and diseases. The black cumin herb from where the seed originates from is an ancient herbal plant used by various cultures. Called ‘Panacea’ in old Latin which literally translates to “cure all”. In Arabic, the seeds name is “Habbah Sawda” which translates to “Seeds of blessing”.

Historical records of as early as 2000 years ago showed the plant’s medicinal uses. It shows that black seeds used include the possible cure for toothache, arthritis, asthma, headache, and abscesses. Historical documents also show that ancient royalties Cleopatra and Queen Nefertiti used the seed for their hair and skin. Hippocrates, the father of western medicine, also documented the seed’s effectiveness in curing different diseases while the prophet Muhammad said black seeds was the cure for all illness except for death.

For thousands of years, before it was even studied in a laboratory, black seed oil was already used orally and topically. This is to cure different conditions from snake bites, headaches, to colds and indigestion.

What are the Benefits of Black Seed Oil?

Black seed oil has the ability to fight bacterial infections including the drug-resistant MRSA.

A systematic review published in the Journal of Diabetes and Metabolic Disorders 2013 found that black seed can help in lowering an individual’s body mass index (BMI). Researchers found that adding black seed oil to a low-calorie diet improved weight loss and reduced risk of diabetes.

Applying the black seed oil in a healing wound can possibly hasten its recovery and prevent the surrounding skin from scarring.

Black seed oil is found to be effective for allergies in the respiratory systems and eczema according to a 2013 study.

A 2012 study also showed good results in the use of Black seed oils in the potential curing of skin problems such as psoriasis and eczema by soothing inflammation and speeding the skin healing process.

One of the main ingredients found in Kutus Kutus oil is Cajeput oil. Cajeput is like niaouli and tea-tree, which has a gentler essential oil perfect to use in aromatherapy. It also belongs to the Melaleuca genus and Myrtaceae family, which is a strong and healthy tree having spear-shaped leaves and curls of white small flowers at the edge.

The trees cultivating the oil are in Australia, the East Indies and the Philippines. The Cajeput trees in Australia can also produce the cajeput oil by means of steam distillation. They also have more potent therapeutic properties compared to other countries. However, the majority of the oil is distilled in Salawasi, Indonesia where its Indonesian name comes from “kayu putih” or “white wood”.

Preparation to create the oil will begin by leaving the leaves to dry, soaking it in water and distilling right after it has been fermented. The cajeput oil has a very strong odour and has an aroma of both turpentine and camphor. It is mostly made of cineal which has a similar smell to a hyacinth. The most common use of the cajeput oil, which is one of the main ingredients in Kutus Kutus oil is to be used externally for sore muscles and topical pain.

A Brief History on the Medical Benefits of Cajeput Oil

The Cajeput oil has 50 to 65 percent of different terpenes, terpineol and eucalyptol. It can also aid in destroying parasites externally and internally to produce perspiration, relieve gas, and as a stimulant.

In 1943, the oil helped in chronic rheumatism and for other different ailments. However, this essential oil has a different purpose now. When used internally, the oil acts as a stimulating expectorant which will allow you to feel profuse perspiration. Externally, the oil can possibly treat different types of skin diseases such as psoriasis, acne rosacea, and other chronic conditions.

What are the Benefits of Cajeput Oil?

Cajeput oil can possibly eliminate infections such as fungi, tetanus, bacteria and influenza. It can also help in controlling infectious diseases such as typhoid and cholera.

This oil is also useful as an astringent mostly in dealing with acne. Just place a few drops of the cajeput oil in water, use a cotton ball and apply on the face. It can also help in reducing blemishes on the skin and protect it from the harmful sun rays. It is an excellent moisturizer providing an even-toned and smoother skin.

Another great benefit to Cajeput oil is it can help in healing different skin problems like scabies mites, boils, eczema and carbuncles. Its anti-microbial property also helps in preventing wounds from getting infected. The oil is also a known ingredient in body lotions, cosmetic make up products and soaps. It is also one of the key ingredients in Kutus Kutus oil.

Cajeput oil is an essential oil in aromatherapy. It also helps in decreasing slowness and brain fog, and improve concentration. 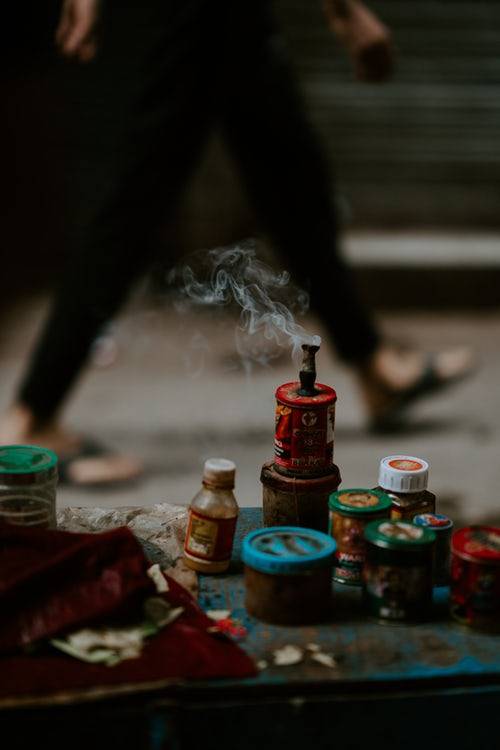 This essential oil is used as one of the main ingredients in Kutus Kutus oil and has been known to provide relief for different pains such as headaches, nerve, muscular and joint pain.

The Cinnamomum culitlawan originates in Indonesia and is very rare. Some say Malaysia and India also have the plant but it is still difficult to know for certain since the name “culitlawan” has also been used for the other species of Cinnamomum.

A Brief History on the Medical Benefits of Lawang Oil

Over 400 years ago, a villager in Indonesia learned that by rubbing the lawang leaf to his skin brought him relief. This followed their discovery of proper distillation of the plant that created the Lawang oil.  Today, the method of extraction for the lawang oil as one of the main ingredients for Kutus Kutus oil is steam or hydro distillation.

The bark aids as a spice and for medicinal purposes, as a constipating agent and a possible defence against cholera.

Lawang oil has long been applied in traditional medicine. It can also help in treating tooth pain and other types of pain. It is also a popular treatment for arthritis and rheumatism. Today, Lawang oil is popular as a massage oil for sport-related injuries, relief from itching insect bites, and as a pain reliever.

What are the Benefits of Lawang Oil?

Lawang oil contains eugenol that is effective in treating tooth pain and other types of pain. It is also popular as a  joint and muscle pain reliever, bruising and pain from insect bites. The soothing effects can work within minutes as most would feel the difference.

Partner Massage: Heal The Body, The Mind & Your Relationship

Back to top
We use cookies to ensure that we give you the best experience on our website. If you continue to use this site we will assume that you are happy with it.
WhatsApp us